Most of the time I write blog posts myself, but Sarah wrote about her, Charley, and Turk’s journey and I wanted to share it. This excerpt is straight from Sarah, trainer at Iron Star Equestrian near Tallahassee, Florida. She specializes in dressage and eventing and is home to the FSU Eventing Team.

I had a wonderful horse in high school and college. His name was Ernie. He was my everything. When I was a senior in college, he was killed in a pasture accident and I was absolutely devastated. I couldn’t get out of bed for a week, it was horrible! I thought I was done with horses. I carried on, graduated from college, and moved to Tallahassee. That fall I couldn’t be away from horses any longer, so I began working with a local trainer. She asked if I was interested in learning to start a young horse. I told her that I was, so we found a 4 year old un-started Appaloosa that was  supposed to be a project horse. I was absolutely not impressed with him and thought he would only be a resale prospect. I bought him (had to make two $250 payments!) and I worked off my board. The trainer and I worked together to get him started under-saddle and lightly working in the arena. I ended up moving him and after owning him for a year, was forced to sell him by my ex-boyfriend (Hes an “ex” for a reason). So, I sold him to a nice lady who had a massive plantation. A few months later, I founded Iron Star Equestrian and passed his pasture every day driving to the barn. I would see him from time to time, and I wished that I hadn’t sold him. Two years later, the lady contacted me and told me that he was sunburning every summer due to his large white patches and she didn’t have a stall for him to live in. She asked if I wanted to buy him back and I jumped at the chance. I had gotten him back! He took me to my first fox hunt, my first 3 phase event, my first beach ride, and he became the backbone of my lesson program. I have had MANY offers from people to buy him, however I made that mistake once and I’ll never make it again. He pulled me from a deep pit of depression when it came to horses. I truly thought I’d never love a horse again the way I loved Ernie and it turns out, I fell head over heels for Turk. I owe him EVERYTHING.

I began competing in recognized dressage in 2017. I was riding a clients horse and we were going places! In two short years we had competed all over Florida including Global Dressage in Wellington. We had qualified for Regionals when suddenly the horse was pulled from me. The owner moved barns suddenly and I was left without a horse. My husband decided that the only way I wouldn’t lose a ride like that was for us to own the horse. We can’t afford to purchase a horse of the caliber that I want and need for my business and reputation, so we decided to buy a broodmare. I was left a little inheritance money and I purchased a nice Trakehner mare named Nachi that had been bred to a Swedish Trakehner Stallion, Fuego, that I had chosen. This was to be my next show horse. Eleven months later, Charley was born. We stayed up ALL night for two nights waiting for Nachi to go into labor. She finally did on the second night and we were present for Charley’s birth. It was a smooth delivery and he quickly gained his legs and began to nurse. I was smitten. He was plain bay with a tiny “J” on his forehead. We have carefully raised him  and he is now a giant 17h four year old. I have done every bit of his training. I took what I learned 15 years ago starting Turk and have applied it to Charley’s training. Charley has been the EASIEST horse I have ever started. He is super smart and catches on very quickly. He is very easy going and I think will excel in Dressage or Hunters. He’s WAY too slow to be an event horse, and that’s just fine by me! Our first show is scheduled for April at the World Equestrian Center in Ocala. My ultimate goal is to earn a Bronze USDF Rider Medal on him. I feel it would mean a lot to me to be able to do it on a horse that I bred, raised and trained myself.
I have Turk to thank for teaching me how to train horses. Without him, I wouldn’t be where I am both in my training of horses and my teaching of students. Turk has taken hundreds of kids to their first shows, jumped their first ditch, cantered through their first water. He’s given many of those kids their very first riding lesson, taught them to canter, taken them over their first jump. Turk has inspired the love of horses and sport in many kids and adults. I also hope that he will be able to ignite a passion for horses and sport in my own daughter, Murphy. That would be the ultimate moment for me. It would come full circle. 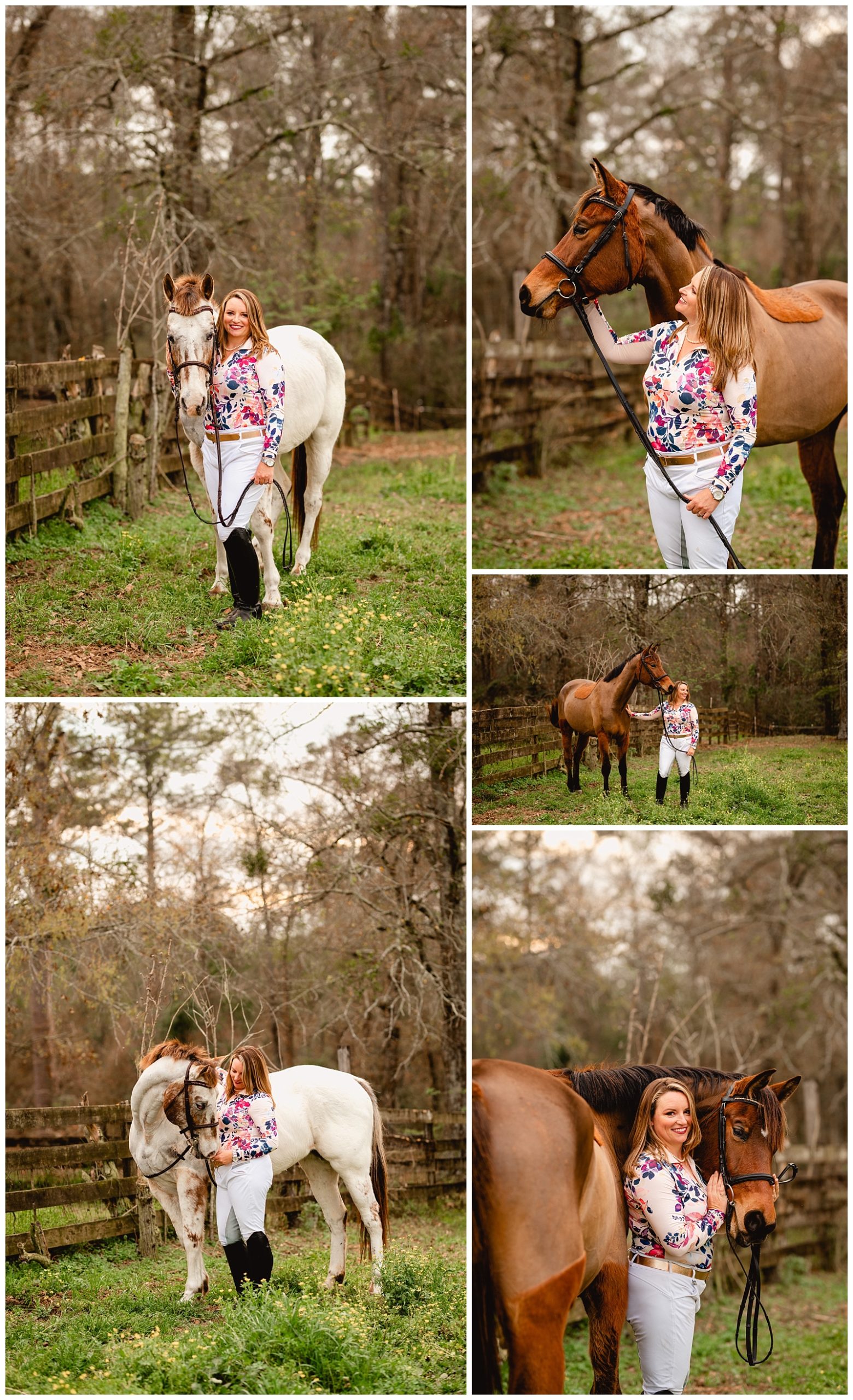